After 14 years of playing with the Indianapolis Colts, Peyton Manning started his first game as the quarterback for the Denver Broncos this season.

During a pregame show that was filmed earlier in the year, Peyton told a story about having to learn a “new language” at Denver. He explained how one of the coaches teased him about being a “smart” quarterback and yet he did not know the plays at Denver.

When we change teams, not only do the people change, but so does the culture. Language creates culture and a great leader will learn the culture through the language and the rules of the environment. The sports environments can teach us about the team environments of business. There are principles to learn for our own understanding, in order to flourish as leadership developers. You may be the “quarterback” on your team…

Peyton Manning is one of the greatest Quarterbacks to play the game from a statistical perspective. Watch any interview with OR about him, and his character tends to match his performance on and off the field. His teammates, current and former, say the same.

What about your character matches your leadership style?

What type of sports team do you identify with as a leader?

And what does leadership look like when you are near the end of your career?

For Peyton Manning, it means winning the first game of the season with a 129.2 QB rating. This is an example of what it might mean to change course in your leadership career.

You may have started with a team that has become your family, and after an injury or serious life transition you find yourself wearing a different number on the team. However, you have learned principles about your character and these principles are based on values you express through your work. You are a leader and most leaders will continue to perform at a level of excellence during the duration of their career.

Peyton Manning has the calm confidence most people look for in a leader. He communicates from his body of work or the knowledge he has built upon over a 14-year career as an NFL quarterback. In addition, he is resilient. Clearly, he believes in his coaches, his players, and his team. Furthermore, he is more than a brand or personality; he is a genuine person who has gone through the pain of being human. Most of all, he succeeds in the face of adversity.

So what does leadership look like when you change teams? 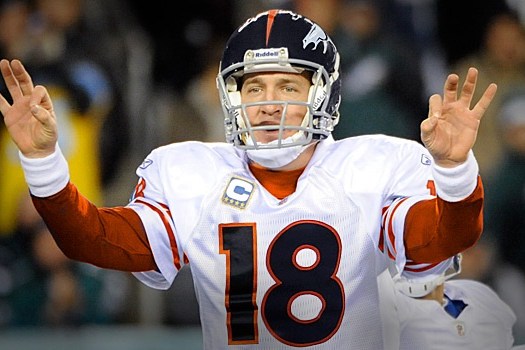