The musician Prince died on April 27th without a will.

Experts estimate that Prince’s estate is worth at least $300 million. When a person dies without a will (known as “intestate”), state law governs who inherits that person’s assets. Prince died as a resident of Minnesota, so Minnesota intestate law will control the distribution of his assets.

With no spouse, no known children and no living parents, Prince’s sister, five half-siblings and the daughter of a deceased half-sibling could potentially all share the assets of the estate equally. However, according to reports in the news, more than twenty other people – relationship unknown – claim to have rights to the estate as well. Intestate heirs abound!

It is surprisingly common for people to die without a will, even those who have substantial wealth. Dying intestate, however, leads to significant unintended consequences.

With a will, Prince could have provided for his siblings and their children by leaving assets to them in trusts. There are two main benefits to a trust. Not only does the recipient have control over it, but also creditors, spouses, and death taxes cannot impact it.

The government will receive the largest share of Prince’s estate in the form of death taxes. The federal estate tax rate is 40%, and the maximum Minnesota estate tax rate is 16%. While it is mere supposition what that total tax might be at this point, it could be necessary to sell some assets of Prince’s estate, including his music rights. Selling his music rights would provide additional funds to cover the tax. That potential sale reduces the value of his estate, however. A will, along with a well thought-out estate plan, saves a significant amount of death taxes.

Prince was apparently very charitable during his lifetime. He was reportedly very supportive of his church, and he had a private charitable foundation. No charitable organizations, including his church and his foundation, will receive any of his estate because he had no will. Though it is pure conjecture, I doubt that this is what he would have wanted.

In writing a will, Prince would clearly designate the executors and trustees who he thought had the expertise to properly administer his estate, particularly his music catalog. The costs of administration of his estate will likely be significantly greater than they would otherwise have been if he had a will.

Prince was a very private person and a very competent businessman who closely controlled his affairs. Because he had no estate planning documents, the administration of his estate will be a very public process detailing his private affairs for the entire world to see, which is not likely what he would have wanted.

Most people don’t look forward to confronting their own mortality. However, establishing a well thought out estate plan and then keeping that plan updated are critical. Lessons learned from Prince’s estate are just the latest example of why that is. The attorneys of our firm’s estate department have had many years of experience helping our clients accomplish this important task.

Blog reposted with permission from HRMML.

Learn more about how we help. If you need advice on how to get started, please reach out to us: beth@dvfbc.com. 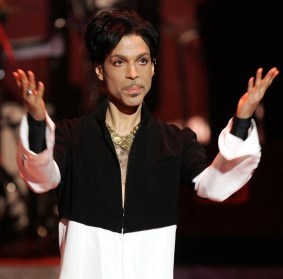 LOS ANGELES, CA - MARCH 19: Musician Prince is seen on stage at the 36th NAACP Image Awards at the Dorothy Chandler Pavilion on March 19, 2005 in Los Angeles, California. Prince was honored with the Vanguard Award. (Photo by Kevin Winter/Getty Images)