The time to act is now for implementing family business succession plans. This especially holds true for plans that involve transfers of business ownership interests that are valued using discounts.

Valuation discounts have helped family businesses “hit home runs” with regard to the tax aspects of their succession plans. Discounts are generally based on the lack of control and lack of marketability applied to the ownership interests being valued.

The use of such discounts will be severely restricted by proposed IRS regulations which were recently published. Experts anticipate the regulations will likely go into effect after the end of this calendar year. Once these regulations are finalized, family businesses will then have to settle for triples or doubles instead of home runs with regard to the tax aspects of their succession plans.

Succession plans often involve gifting ownership interests. Many others sell them in exchange for a note that freezes the value within the transferor’s estate, thereby shifting future appreciation to the next generation. In either case, the value of the transferred interests must be supported by a professional appraisal to withstand scrutiny from the IRS. To the extent there is a gift involved, the amount of the gift must be reported to the IRS. The gift amount consequently reduces the donor’s lifetime gifting credit. This in effect reduces the amount that the donor can shield from the Federal Estate Tax upon his or her death.

Gifts and valuation freezes involving appreciating assets, such as the stock of a successful family business, are powerful tools used to structure highly effective succession plans. The potential estate tax savings from such plans can be enormous for businesses that project substantial future growth. The savings get even better when the business appraisal incorporates valuation discounts. The appraiser can factor in the lack of control associated with non-voting or minority stock. The appraiser can also take into account lack of marketability when there is a buy/sell agreement that restricts subsequent transfers of the ownership interests.

Valuation discounts enable the appraiser to depress the overall value of what is being transferred. This is fair practice. On the open market, a buyer will pay less per share for a minority ownership stake than for a controlling majority stake. The IRS has long frowned on using these discounts where family-controlled businesses are involved. In fact, it will begin significantly restricting the use of such discounts under the new regulations. 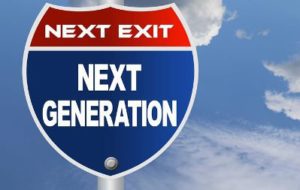