Matt Sullivan is a Family Business Advisor at DVFBC.  He brings over 45 years of family business experience and is excited to be a part of our Learning Community.  This blog is the 3rd in a series from Matt, sharing his family journey with us.

It was Thanksgiving weekend of 2011 when we received the call that our non-family business partner of thirty plus years was admitted into the hospital.  The doctors were busy evaluating, performing lots of tests but coming up short on what exactly was wrong.  A few days later the update was disheartening as there was still no real diagnosis, his organs were shutting down and the antibiotics were not working.

He went from an energetic, seemingly healthy individual, to passing away in less than a week’s time.  December, usually a time of hustle and bustle for planning holiday and family celebrations, was now a month filled with searching for various business documents, reviewing insurance, retirement, and other policies in an attempt to support a grieving widow.

We delayed the company holiday party, but it was still difficult to celebrate with the heavy air of sadness and loss. The party appropriately turned into more of a memorial.  It was a great venue for his coworkers to recognize Bill and his many accomplishments over his career.  Bill’s wife Shirley attended and it was nice for her to hear the many stories about him.  She addressed the company and expressed her appreciation for the support she received from the many people in the room.  She added a special thanks to the accounting team for helping her work through the numerous unfamiliar forms and documents. Over the next few months there continued to be plenty of emotional, collaborative, and cooperative support and interactions.

Fast forward about a month and now there was a clear change in the relationship to more business-formal and transactional. In hindsight, it is easy to recognize this change coincided with the engagement of the newly hired family attorney working on behalf of Bill’s estate.  We started receiving certified letters to the office. The first was typical, stating all communications need to be directed solely through the attorney.  Another one requested some past financial data that needed to be addressed immediately.  The last one I remember was very surprising as it was putting the company on notice for being delinquent and past due in fulfilling the obligation to purchase his client’s shares.  This was interesting as we were neither delinquent nor past due.

Sometimes it is the obvious things that are overlooked, especially in a time of trauma and grieving.  After receiving the last letter, we inquired with the estate attorney to identify what portion of the buy-sell agreement was delinquent.  Here is where the proverbial light bulb went on as all parties now understood he had never seen the document nor been aware of its existence.

After the document was forwarded to him, the process moved quickly, smoothly, and much more cordially. These shareholder and buy-sell agreements were in place for decades.  The buy-sell agreement was thoughtful and well-constructed as it updated the share value annually using a calculation based on business performance.  The updated share value was documented after the accounting firm concluded their annual audit.  We have transacted shares a number of times over the years and never had any real issues.

In this case Bill’s ownership transferred to his wife on the date of his death, per his instructions.  Post the attorney’s request for the company to transact his wife’s shares, as also per the agreement, the share transaction was completed relatively quickly.

Even though our ownership transition in 2011 was far from perfect, I am certain we avoided the potential of a messy, expensive, and prolonged situation due to the counsel of competent advisors which included the development of a well written buy-sell agreement.

As a Family Business Advisor, I appreciate the opportunity to guide  business families as they navigate through their own complexities and they move through unchartered territory.  It is a privilege to use my own experiences and lessons learned  to help others successfully navigate their 5 MOUNTAIN®s so both their family and business can flourish. 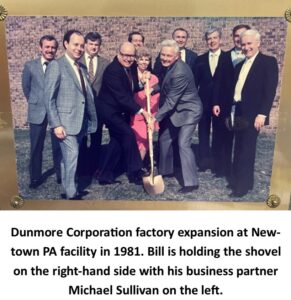 Footnote: Bill Piercy became an owner of Dunmore Corporation in 1980.  He was part of the executive team as CFO from 1980 through 1988.  He also served the business as a Board Member and then as Chairman of the Board from 2005 until his passing in 2011.  Our G2/G3 family stewarded the business forward until we made a strategic decision to sell in 2018. 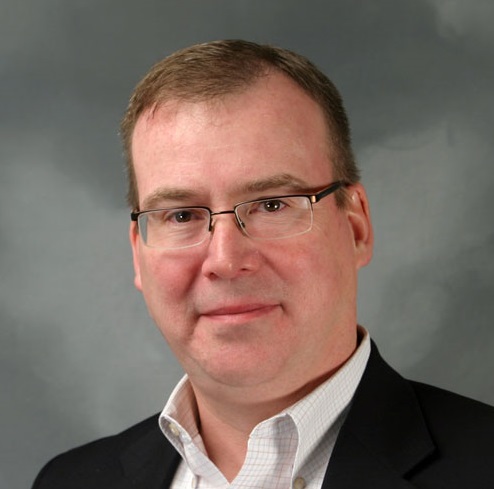