Brian J. Sharkey is a director with Kreischer Miller.

A buy-sell agreement is an arrangement amongst owners of a business that accomplishes many objectives. Its primary purpose is to provide a process and structure for an orderly business succession in the event an owner decides to transfer their interest due to a voluntarily event, such as retirement, or an involuntary event, such as death or disability.

In most cases, a buy-sell agreement includes a formula which dictates the value of an ownership stake. The buy-sell formula is also helpful in providing an owner insight as to the value of their ownership stake, which allows for better retirement planning. Additionally, a defined buy-sell formula will remove the inevitable strife which occurs in the absence of one. Without a mechanism to define the value of a privately-held business interest, the determination would be left to the vices of the exiting and continuing owners.

Below are four considerations for the development of buy-sell formulas:

If you would like to discuss how to develop the valuation formula for your buy-sell agreement, please contact  Kreischer Miller. 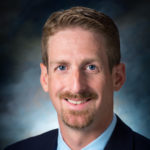